A (partial) preliminary map will demonstrate the first stage of the project, in which the data relating to the Jewish diaspora will be uploaded onto Google Maps. In the second stage, the GIS programme will enable users to generate maps based on the data in which they are specifically interested.
ancient Jewish diaspora
2nd century c.e – 7th century c.e.
Initial mapping of sites which in them were found archeological remains, and also sites, which on them there are literal testimonies about Jewish presents..- watch
Table of Nations
Genesis, 10
The different layers of the next nap enable to introduce different identifications of the biblical table of nations. Watch the Table of Nations Map
Map of Civilized World according to Rabinic Litrature‏
The inhabited world as emerge from the rabbinic literature. In this map introduced all the sites mentioned in the rabbinic literature- Watch the Inhabited World Map 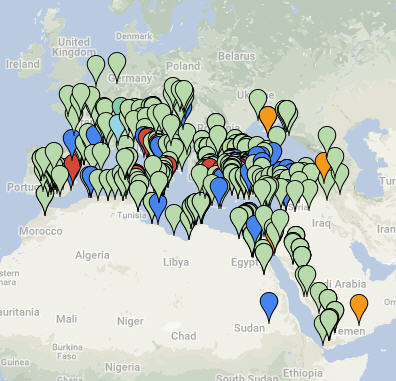 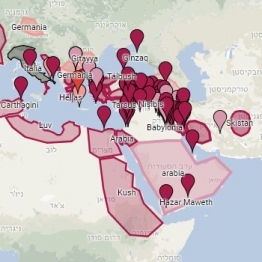 Map of Civilized World according to Rabinic Litrature 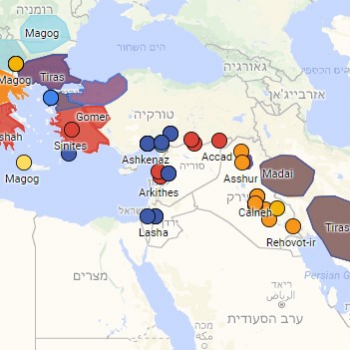